In the final match of men’s foil, Iimura faced Korea’s Hyeonbhin An, winning the gold with a 15-13 score. In the semifinal round, An won against France’s Anas Anane, 15-9, while Iimura defeated USA’s Chase Emmer, 15-7.

“I was surprised to win because this was my first time at the Junior World Championships, so I was very nervous”, said Iimura. “The podium match was very hard, the hardest of the day. I want to tell everyone in Japan, ‘I won!’” 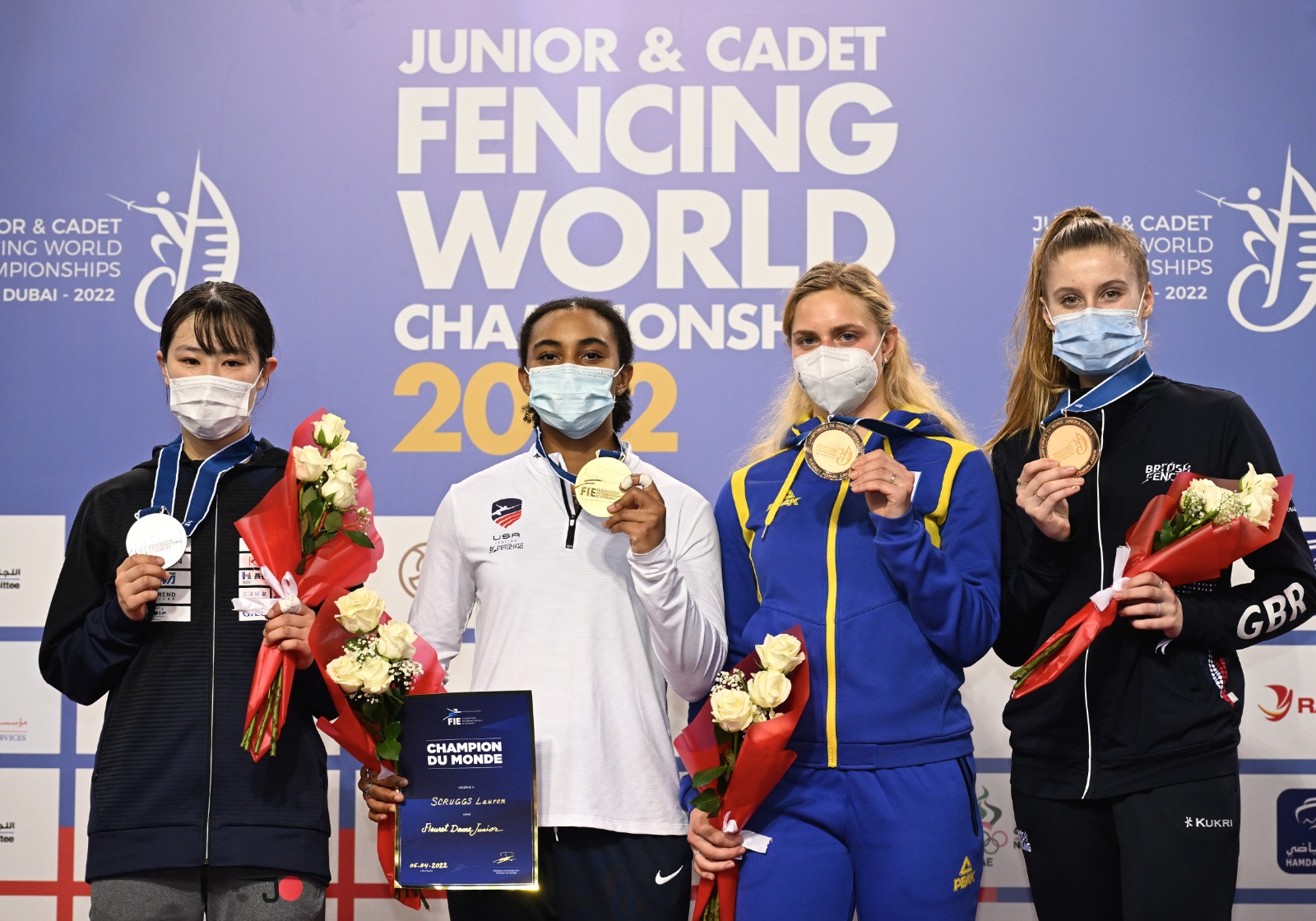 In the final match of women’s foil, Scruggs, who also won this and the cadet foil event at the Torun Junior and Cadet Fencing World Championships in 2019, faced Japan’s Yuzuha Takeyama, winning with a 15-3 final score. In the semifinal round, Takeyama won against Great Britain’s Carolina Stutchbury, 15-14, while Scruggs defeated Ukraine’s Kateryna Budenko, 15-7.

“It feels great, I’ve been stressed, so to have another world championship feels great”, said Scruggs. “It’s OK to be nervous and if you lose, you lose, but you try your hardest and that’s what matters. I want to try for the senior team!”