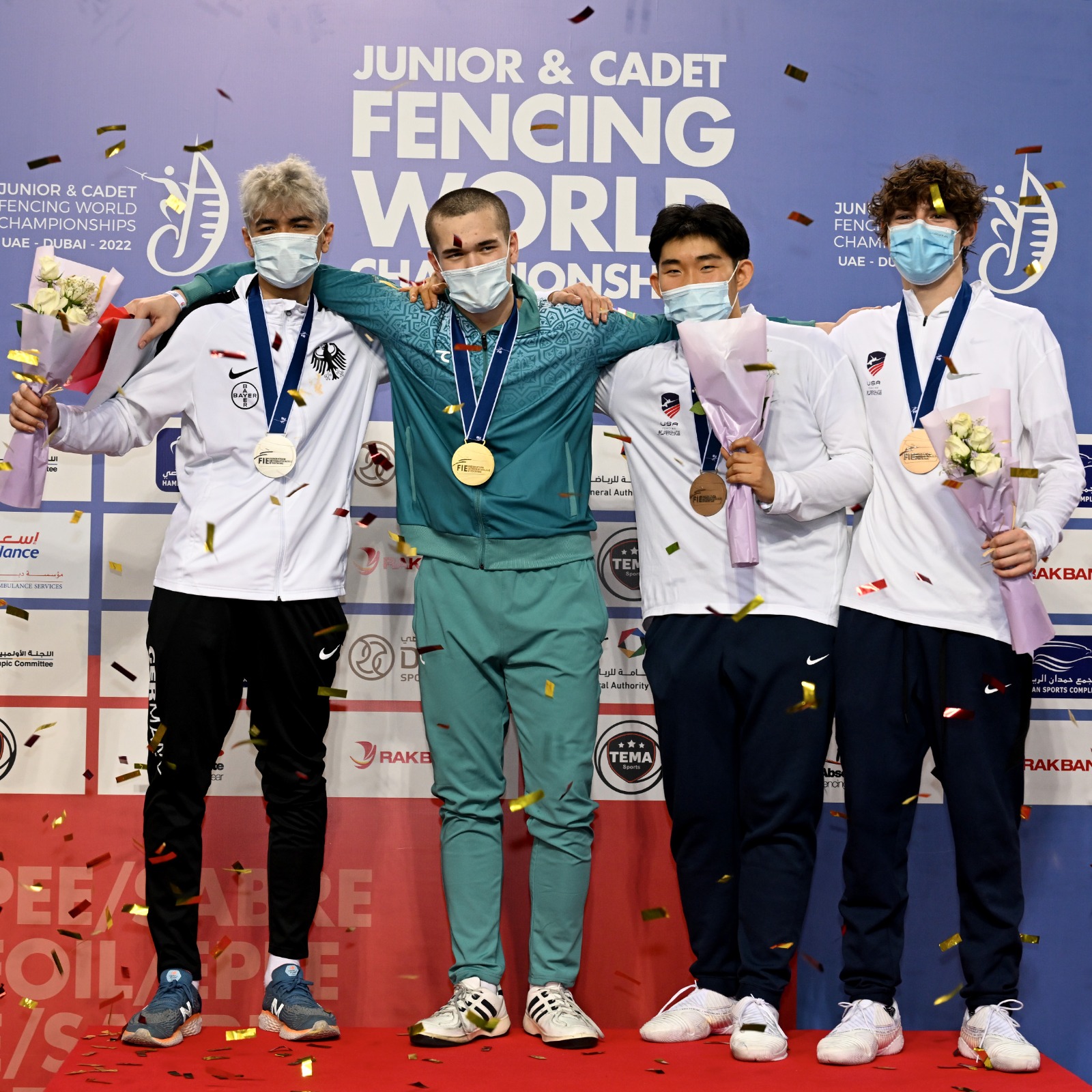 “The feeling of winning is very strange, and today every match was very hard”, said Kodirov. “I want to thank my mother, father, sister, brother, and everyone in my country who helped me make this result.”

In cadet women’s sabre, USA’s Magda Skarbonkiewicz earned her second gold medal in two days, having won junior women’s sabre on the first day of the Championships. In the cadet event, she defeated her teammate, Siobhan Sullivan, 15-9, to win. Sullivan beat Korea’s Eunyu Kim in the semifinal round, 15-10, while Skarbonkiewicz won against France’s Alejandra Manga, 15-11.

“It’s crazy”, said Skarbonkiewicz. “After winning yesterday, I was exhausted and didn’t sleep at all, so I was trying to wake up throughout today’s tournament. I had a lot of ups and downs but I was able to overcome that.”