CAIRO, Egypt, April 10, 2021—On the eighth day of the Junior and Cadet Fencing World Championships, gold medals in individual cadet epee went to Poland’s Antoni Socha (men) and Alicja Klasik (women). Ninety-one men and seventy-five women participated from around the world in the day’s events. 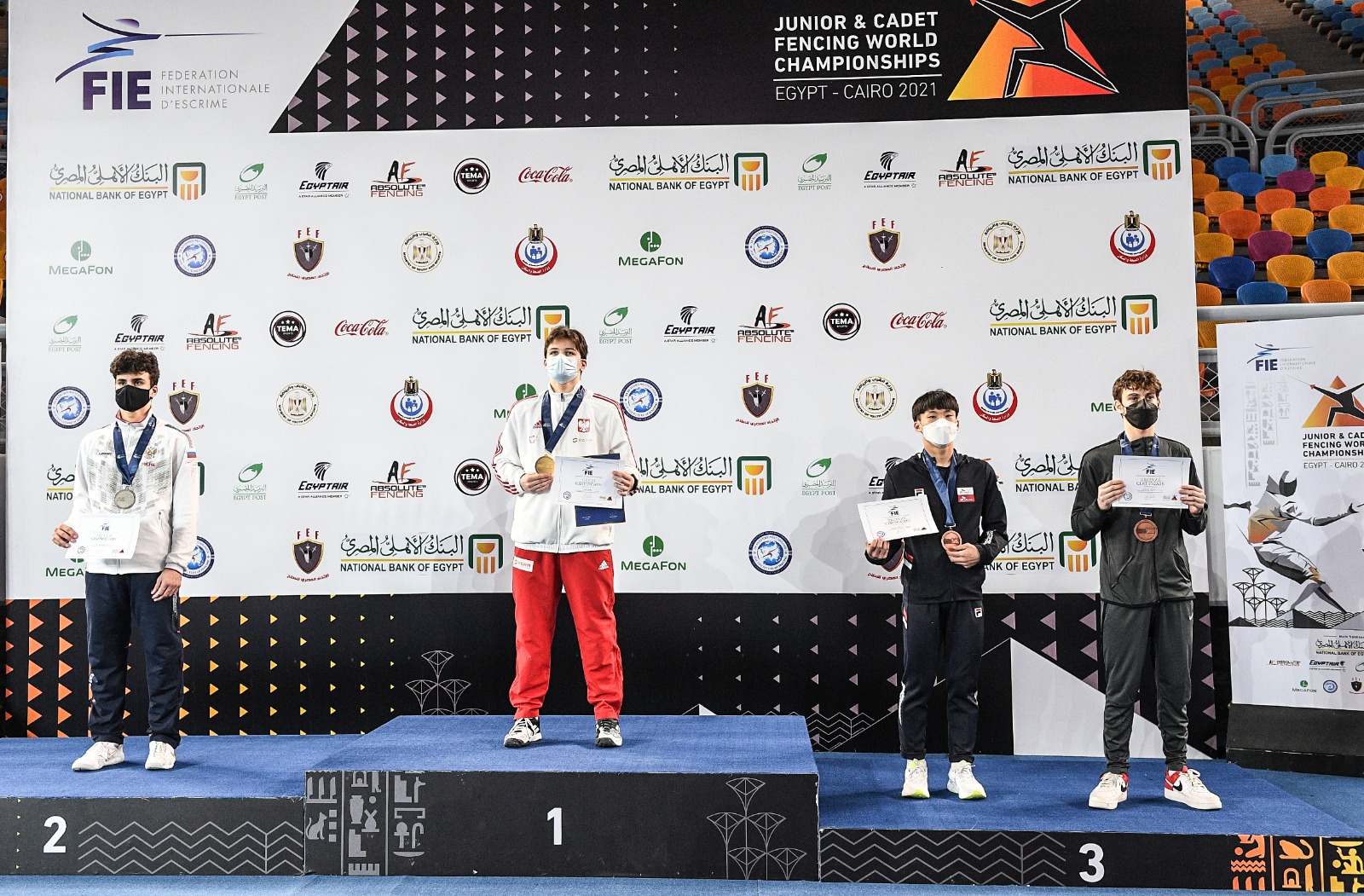 Socha won against Russia’s Artem Sarkisyan, 15-13, in the final round of men’s individual cadet epee. Sarkisyan beat USA’s Skyler Liverant in the semifinal round, 15-7, while Socha defeated Korea’s Dowan Kim, 15-13.

“It’s awesome, I never expected to reach this level”, said Socha. “It’s a really big thing to me. To win, I focused on each next touch, focused on the fighting. My biggest challenge was my aching back, it was difficult to fight the pain.” 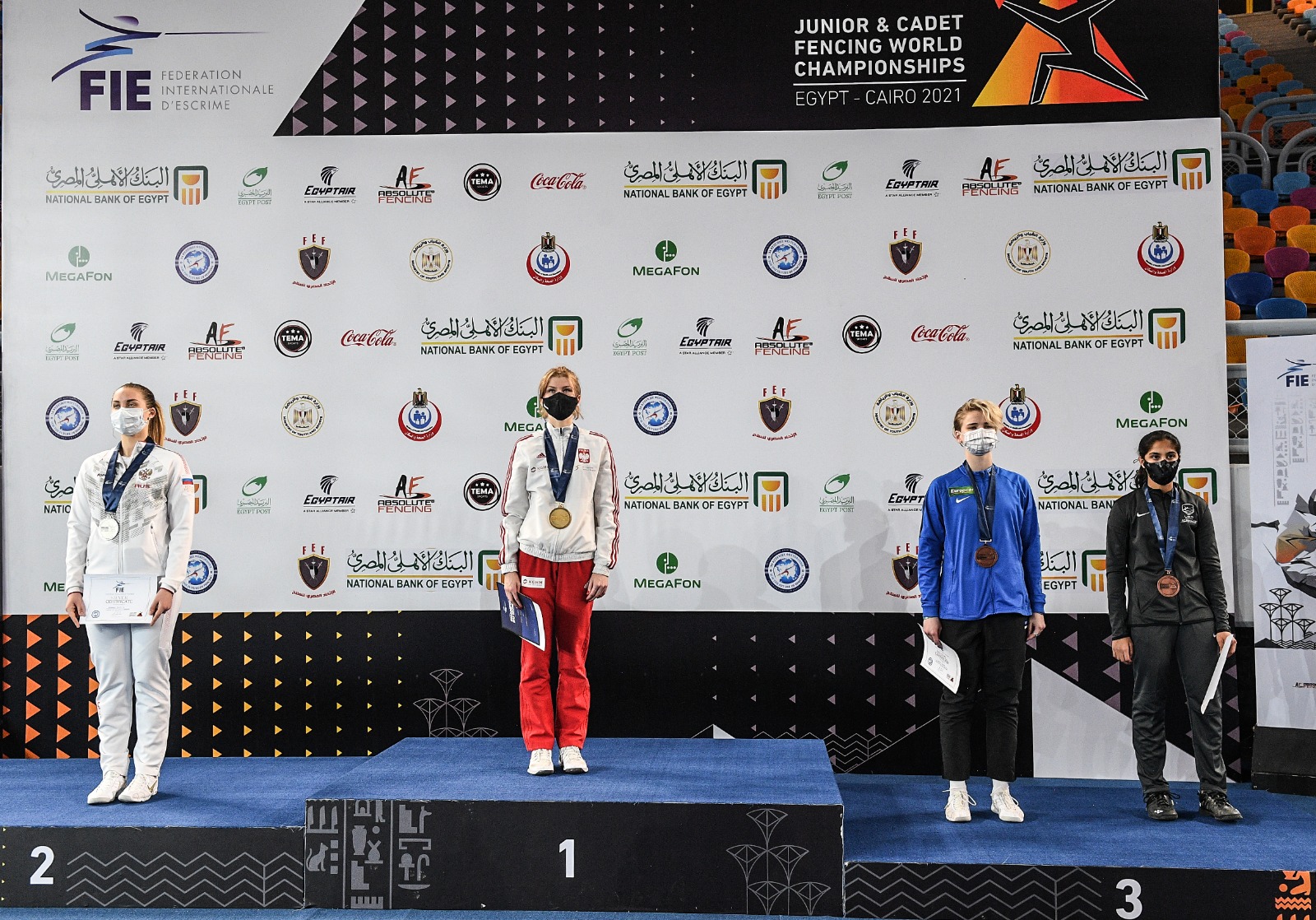 In the final round of women’s individual cadet epee, Klasik defeated Russia’s Ekaterina Kolbeneva, 15-12. In the semifinal round, Kolbeneva beat Estonia’s Susanne Lannes, 15-4, and Klasik won against USA’s Ketki Ketkar, 15-14.

“I’m very happy to win, I came here for the best-possible results and medals”, said Klasik. “It was difficult because I was tired from yesterday’s event, where I took ninth place and just missed the top eight. So I was patient in my fencing today, in every match, because I wanted to take the gold medal.”