CAIRO, Egypt, April 9, 2021—On the seventh day of the Junior and Cadet Fencing World Championships, gold medals in junior individual epee were given to France’s Kendrick Jean-Joseph (men) and Russia’s Polina Khaertdinova (women). Today’s events featured 159 men and 113 women from around the world. 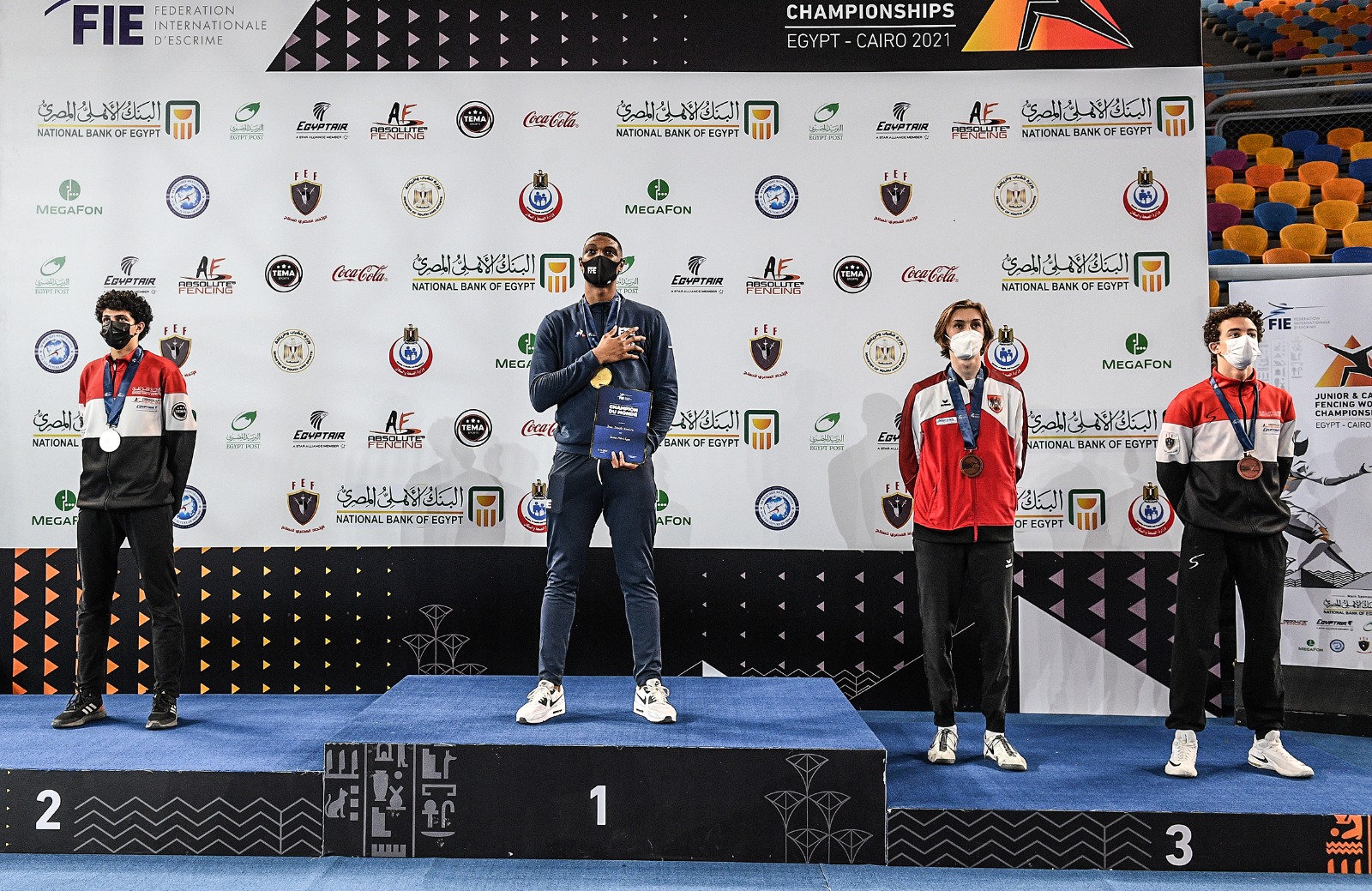 “I’m so happy to win the World Championships because it meant a lot of sacrifice”, said Jean-Joseph. “I’m so happy for both France and Martinique. This was very emotional, but I want more, and next year I hope to go to the Paris national training center. The biggest challenge today for me was the semifinal because the Egyptian was in his home and it was very close, so I was very happy to win.” 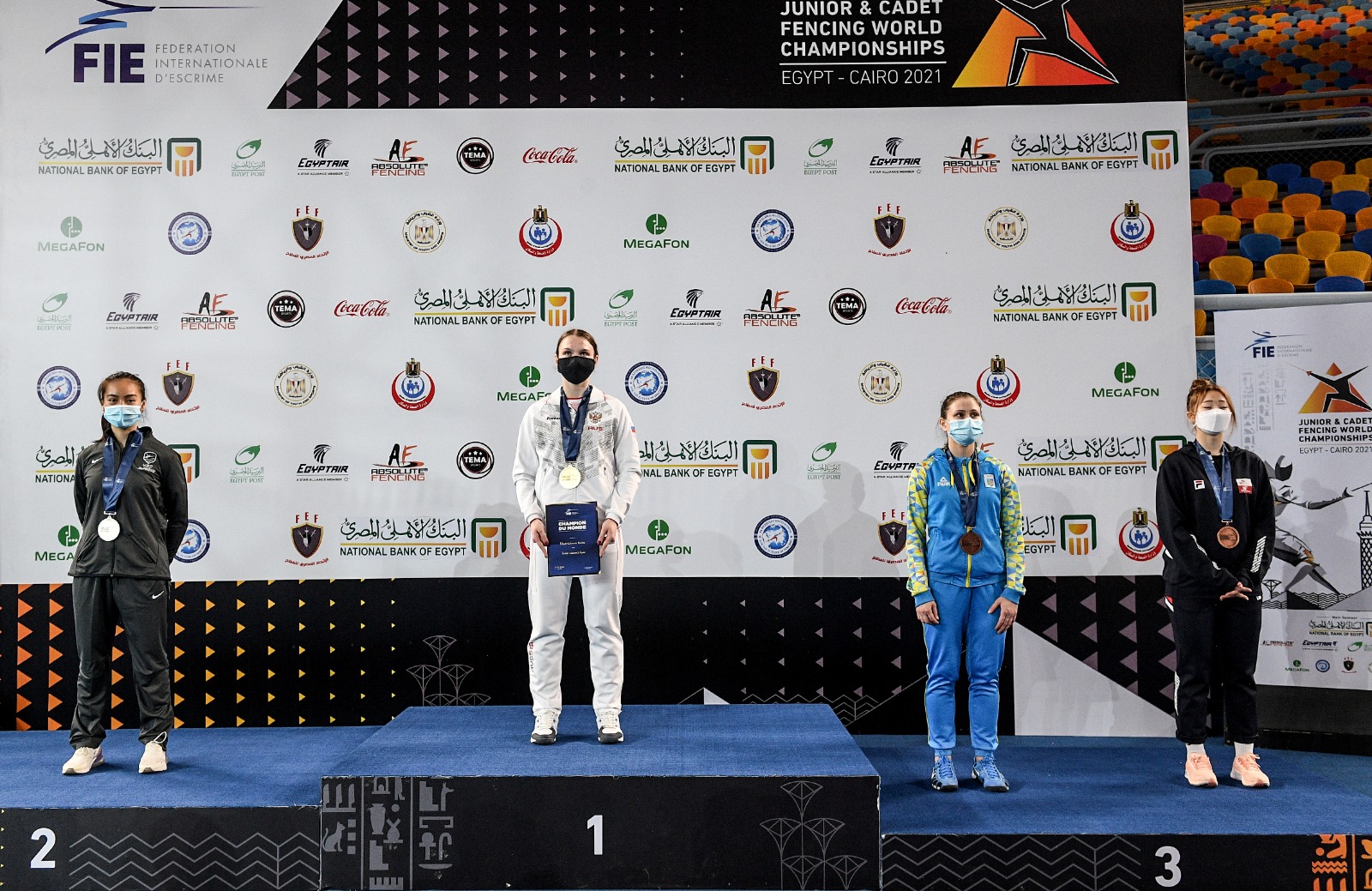 “I am so thrilled right now I couldn’t expect it as my goal was to be in the final eight”, said Khaertdinova. “But now here I am, and I’m shocked. A few days before the competition my coach died; to win for me took the power of my coach and his help. I had to win, I promised him that.”