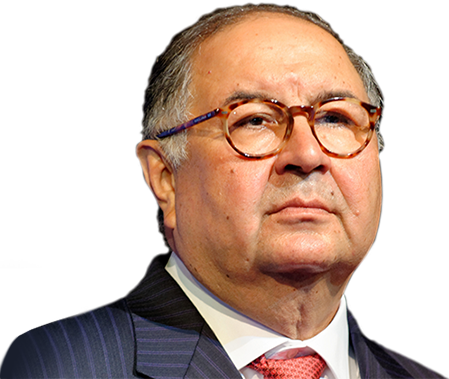 President of the FIE since 2008

Alisher Usmanov is a prominent member of the global business community, a public figure and one of the world's most active philanthropists.

A former professional fencer, Mr. Alisher Usmanov has served as president of the FIE since 2008, being unanimously re-elected in 2012 and 2016. Prior to assuming the position, he served as president of the European Fencing Confederation from 2005 to 2009 and president of the Russian Fencing Federation between 2001 and 2009. He is currently a member of the International Olympic Committee’s Olympic Channel Commission. In 2005, Mr. Usmanov founded the international charitable foundation “For the Future of Fencing” to financially support fencing federations, clubs and athletes, and to promote fencing as a global sport.

Mr. Usmanov is a committed supporter of sports and, personally and through his companies and foundations, contributed to organising numerous high-profile international tournaments, including the 2014 Olympic Winter Games in Sochi, the 2018 FIFA World Cup in Russia and the 2013 World Summer University Games in Kazan.

Mr. Usmanov is the founder of the Arts, Science and Sports Foundation, which implements charitable projects internationally. He is a devoted philanthropist whose charitable activities cover dozens of countries. In 2021, The Sunday Times recognised him as the most generous person in the history of their Giving List.

Mr. Usmanov is the founder of USM, a private Russian holding company, bringing together highly successful businesses in the metals and mining, telecom, technology and internet sectors. He was an early investor in a variety of fast-growing internet companies such as Facebook, Twitter, Uber, Spotify, Alibaba and others. He was also a major shareholder in Arsenal Football Club between 2007 and 2018.

Alisher Usmanov was born on September 9, 1953, in the town of Chust in the Namangan Region of Uzbekistan. In 1976, he graduated from the Moscow State Institute of International Relations (MGIMO) with a degree in international law. In 1997, he obtained a degree in banking from the Financial Academy under the Government of the Russian Federation. He also holds a PhD in Social Sciences. His wife, Irina Viner-Usmanova, is the president of the Russian Rhythmic Gymnastics Federation and head coach of the Russian national team.